The Internet of Things is one of the most concerned topics in the scientific and technological community today. Its development represents the development direction of the entire society. At present, we are seeing more close-range IoT applications in professional fields and public life. The most typical is smart home. At the recent IFA2015 (Consumer Electronics Show 2015), almost all major home appliance manufacturers, such as Siemens, LG, and Panasonic, have smart home exhibition areas, which show their growing influence. At the same time, a large number of short-range wireless communication technologies have been continuously developed and widely used in Internet of Things applications, such as Wi-Fi, Bluetooth, ZigBee, and Thread recently launched by companies such as Google and Silicon Labs. However, close-range connection protocols and technologies are only one aspect of IoT applications, and as a long-distance IoT application corresponding to them, they are also emerging and finding their own suitable applications.

Of course, the long-distance Internet of Things will bring many new challenges. For example, as the transmission distance increases, higher power consumption is inevitable; and the frequency allocation of wireless communication is also a problem. Now, some international leaders and organizations are working hard to change this situation, and a French company called AcTIlity has begun commercial use of low-power, long-distance Internet of Things. AcTIlity offers low-power, long-haul, low-cost IoT solutions with coverage ranging from 2km to 15km and communication via the unlicensed ISM band. As the commercialization of its solutions progresses, it will undoubtedly benefit service providers and developers of many remote IoT applications. To this end, Beijing Huaxing Wanbang Management Consulting Co., Ltd. recently visited AcTIlity, and will take you closer to the company to gain an in-depth understanding of its solutions and commercial applications. 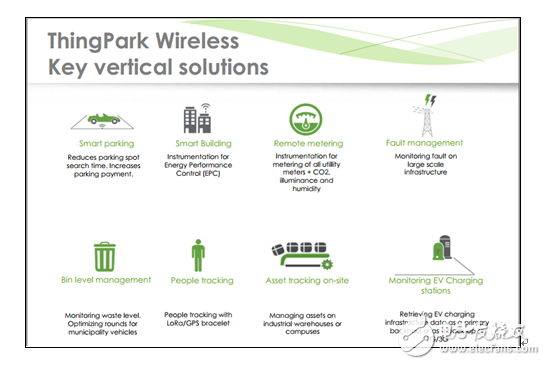 AcTIlity's long-range IoT solutions for a wide range of applications

Founded in 2010 by telecoms expert Olivier Hersent, Actility has grown to become the leading provider of network solutions and management information systems for long-distance IoT applications with its next-generation standards-based IoT and M2M service platform ThingParkÂ®. . Actility is headquartered in Paris, France with offices in Belgium, the UK and Singapore. Actility is the first company to introduce a commercial system solution based on the LoRa standard. Its system solutions include connectivity solutions for low-power wide area networks (LPWANs), connected devices and cloud platforms, and online stores. At present, the company has several long-distance Internet of Things projects from experiment to commercial use in Europe and other regions.

In June 2015, a round of investment led by Swiss venture capital firm Ginko Ventures injected $25 million into the company. The main investors include three European first-tier operators â€“ French telecom operator Orange and Royal Dutch Telecom Group KPN. And Swisscom Swisscom, and Foxconn Technology Group, one of the world's leading electronics manufacturing services (EMS). This round of investment will accelerate the industrialization of Actility's open standard IoT solution, ThingPark, while helping to establish a high-level service system and continue to develop technical partnerships to build a healthy ecosystem.

Why are there three Tier 1 operators and one EMS leader optimistic about this company? The reason is that Actility's low-power long-distance Internet of Things solution, ThingPark, can successfully solve the various technical problems of remote IoT applications and reduce their cost, making these technologies support the commercial innovation of various service providers. Effectively form technologies and networks that facilitate the commercial implementation of related applications. So, what kind of platform is ThingPark?

In recent years, with the rapid development of wireless network communication technology and the highly diversified development of Internet of Things applications, the wireless technologies required by the Internet of Things have roughly complemented each other by finding suitable applications for them. The problem of replacing who is there exists. However, if the two factors of data transmission and transmission distance are presented in the form of XY axes, there are still some gaps in the wireless network technology suitable for all IoT applications, one of which is that only a small amount of data needs to be transmitted over long distances. Wireless technology. Now, Actility's ThingPark solution is positioned to fill this technology gap.

The ThingPark platform is based on a protocol called LoRaWAN, which is currently being actively promoted by the LoRa Alliance. The LoRa Alliance is an open, non-profit organization founded in the first half of 2015 by industry leaders such as Cisco, IBM and Semtech to deliver low-power WANs. (LPWAN) is pushed globally to realize the application of the Internet of Things, M2M, and smart cities. Actility is also a founding member of the alliance.

The LoRaWAN network provides the three elements of the Internet of Things that connect billions of devices: low power, long distance, and low cost. ThingPark is the first end-to-end LoRaWAN interoperability platform for applications in the IoT space. The ThingPark platform is mainly composed of three parts: ThingPark Wireless, ThingPark Cloud and ThingPark Store.

ThingPark Wireless is the facade of the entire ThingPark solution, which includes long-distance communication nodes (including application-specific sensors and wireless communication modules) based on LoRa technology placed on networked objects, long-range low-power base stations, and A monitoring mechanism for networks and connected objects. All sensors communicate with the ISM band without authorization, transmit data to or receive data from the base station, and the distance between the sensor and the base station can range from 2km to 15km, which is truly called a long distance. The base station then transmits the data to the cloud platform, ThingPark Cloud, for the cloud to proceed to the next step. 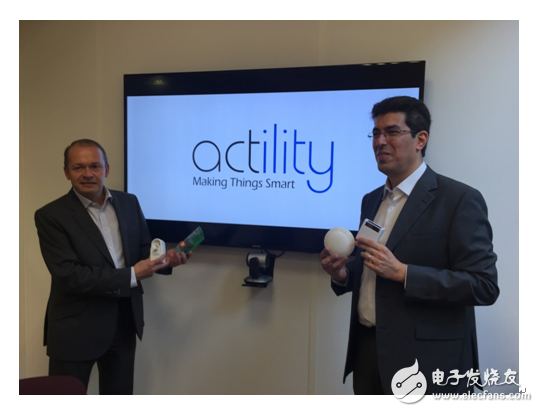 ThingPark Cloud is a cloud-based platform with a simple RESTful API (application programming interface) that supports the app. This interface enables IoT application developers and cloud service providers to connect sensors through the same protocol-independent XML syntax. Based on the ETSI M2M standard supported by the OneM2M Global Alliance, ThingPark Cloud ensures interoperability with more and more sensors and interacts with application vendors through ThingPark Store.

It can be said that ThingPark is a virtuous and sustainable ecosystem with three components supporting and interacting with each other to promote the development of the entire system. ThingPark has a wide range of applications, and Nicolas Jordan, vice president of marketing and business development at Actility, told analysts: "After the rise of personal networking products such as consumer wearables, we are witnessing the second wave of the Internet of Things: Management Networked objects. Our solutions can be used in a wide range of utilities, such as smart meter reading, fueling program optimization, increased renewable energy utilization, etc. In remote monitoring and management, we can also use our smart tracking application for immediacy. Fire detection or leak detection, even monitoring expensive equipment to prevent its loss. Our technology can also be applied to many segments of the economy and society. Currently, ThingPark can support telecom operators or municipalities to complete a month. Deployment of IoT applications."

Among such many and meaningful applications, the analyst selected the following two application cases with promotional value to introduce: 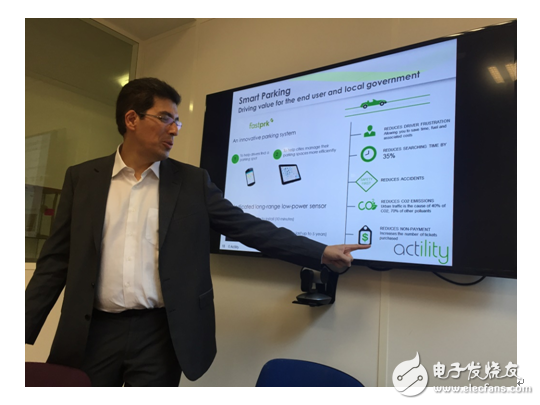 The second application case is fault management. For example, a pressure sensor is placed at intervals along the oil and gas transmission pipeline. These sensors perform pressure measurements and upload the data to the cloud through the base station, and then interface with the supervisory management system. When the pressure measurement data at a certain point is abnormal, it indicates that there is a fault such as leakage or transmission blockage, and the supervisory system will alarm according to the abnormal data, so that the maintenance personnel can be notified to the scene at the fastest speed. For example, a pulse sensor is placed on the pole of the field. When the high-altitude line fails, the electronic control equipment equipped with the high-altitude line transmits the fault state to the control center through the pulse sensor, so that the fault is known at the first time.

At present, ThingPark has a large number of application cases in smart meter reading and intelligent buildings. Actility has a number of applications around the world, including France, Switzerland, the Netherlands, Belgium, America, Brazil, Asia Pacific, Australia, India, and Singapore. Actility can be seen. It can be seen that the low-power, long-distance IoT application has a solid technical foundation and a mature business model, which has become a new branch worthy of attention in the Internet of Things.

â€œMany IoT applications require low-power, long-life battery sensors, and today's wireless technology is not optimal for these applications. ThingPark provides the ability to connect long-range low-power sensors through an unlicensed ISM band. Technology can help a large number of IoT applications save costs and support their rapid time to market," said Michel Quazza, CEO of Actility. â€œWe are also highly concerned about the fast-growing Asia and hope to collaborate with local technology partners, IoT service providers and telecom operators to fully integrate advanced long-distance IoT applications with the local booming economy. together."