Zhizhi today will recommend 56 Internet of Things companies with CB Insight inventory. Through their R&D direction, business model and financing situation, we can see the development trend of the entire IoT-related industry.

When it comes to the Internet of Things, people may first think of intelligent thermostat Nest, home audio Sonos and other equipment. According to CB Insights, in the past six years, IoT startups have attracted a total of $7.4 billion in venture capital. But the Internet of Things covers far more than just home and consumer products.

Heavy capital industries such as manufacturing, mining, logistics, petroleum, public utilities, and agriculture have gradually begun to use the Internet of Things system. Among them, General Electric (GE), IBM, Cisco (Cisco) and other veteran giants, led the investment hotspot of the Industrial Internet of Things. In particular, General Electric started the "Industrial Internet" in 2012, announced the investment of 1.5 billion US dollars in research and development funds, and launched the Predix software platform. 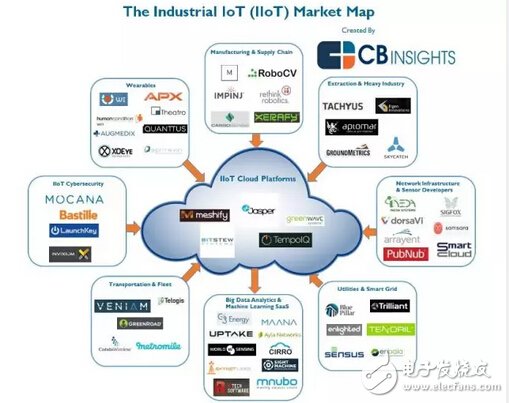 In addition, there are many startups that are developing a range of sensors for heavy industry, cloud platforms, network infrastructure, machine learning software for massive data analysis, and more. The smart internal reference comes from CB Insights. The report covers 56 startup companies and summarizes 9 types to analyze the market status of the industrial Internet of Things. 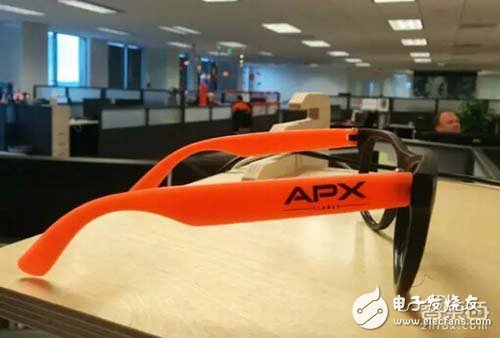 Introduction: APX Labs mainly produces AR glasses software. The company was founded in 2010 and served the US military in the same year. Soldiers can scan the crowd through APX Labs' software, identify faces, take photos, and transfer images over the network. Through biometric matching, AR glasses can present recognition results in seconds. Of course, APX Labs also showed its hardware products at CES earlier this year.

Financing: APX Labs developed to Round B, with a total of three rounds of financing totaling $28.61 million. Investors include GE, Grace Investment and Salesforce Ventures.

Introduction: Develop industrial wearable platforms that reduce the chance of injury and danger in the work environment.

Financing: The company only announced a round of financing in December last year, the amount was 12.92 million US dollars, the investor was not disclosed.

Introduction: The company has been in business for two years and is headquartered in Dallas, developing commercial apps for wearables for indoor workers. Early attention to the retail industry, the development of management control analysis software that can be equipped with IOS or Android devices to improve product sales and conversion rates, and enhance the store's profitability. Theatro has also developed a voice-driven mobile communications management solution that delivers cloud services via in-room WiFi.

Introduction: Based on Google Glass's medical service software, users are a group of doctors, simplifying the process of importing and retrieving electronic information such as cases through computers.

Financing: The company is currently developing to Round A, with a total of two rounds of financing totaling $22 million. The investors were Cosra Venture Capital and Jingwei Venture Capital, and Vinod Khosla also invested in the company in his own name.

Financing: The company has a total of two rounds of financing of $2 million, with investors Crestlight Ventures, Selous Venture Society, Chattanooga Renaissance Fund and IncWell.

Introduction: Sentrian focuses on health care and one of the core members has worked in IBM Watson Medical.