As we all know, before the Infinico i6 dual-core can not brush, this is a brick, there is no way. Afterwards, the short-circuit card swiping tutorial was dumped, but because it was difficult to short-circuit into recovery, the success rate was not high, causing the card brush to become a bottleneck.
Later began line brush research, Brush software found, drive installed, the computer also identified, but that is not to find a suitable drop line brush package, once went to other forums to find other flat drop package, replace, brush, later Failed.
Until later, Taobao finally came out with a line brush pack, and the jars were also shared by @Dai Long 100 million. They immediately evaluated it, but they stuck at 69% of the progress bar. Then they failed and became red. Someone evaluated, the evaluation was successful, and notices were issued, saying that all usbs were removed, including the mouse. But at the time, it was thought that only the wireless mouse should have no effect, and it would be re-flashed, or the card would be 69%. It didn't matter if it did not succeed, instead it drove the recovery completely. Can't pass the recovery card swipe, nor can it be upgraded by ota push. It has been in version 2.04 and cannot be upgraded.
I have posted several times and later found out that I was dropping one case. Enthusiastic dripping mode master stone so I take the initiative to add buckle, and analyze the problem with me, and finally to the stone engineer plus me, get a few times to engage in remote, but also replace the brush for recovery, or can not succeed ota. Finally, engineers could not find a reason. Thanks to the stone development team, the big gods are eager to solve the user's drop problem. Then read the post reply, said that without usb can line brush success, then change to remote control, mobile phone remote control computer operation brush, get rid of usb drop interference, and then miraculously brushed 69%, to 76% card for a small meeting Passed, green, and successful, the line brush tutorial is not detailed,
And a more detailed post with a flashing machine bag is @Dragon 100 million, with the attached address: 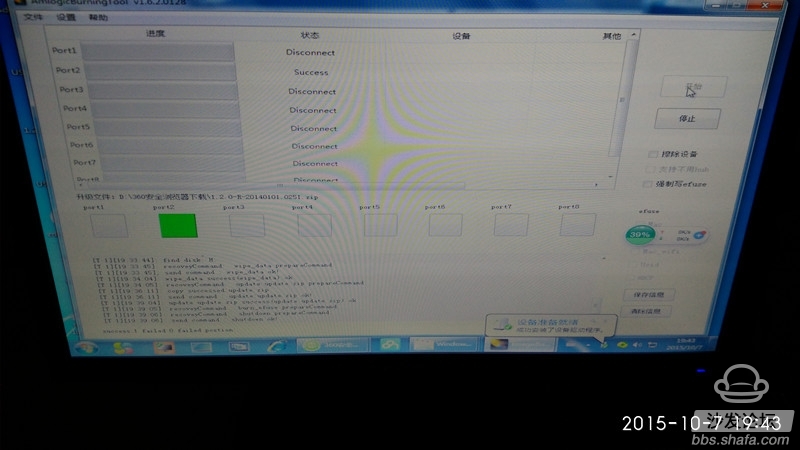 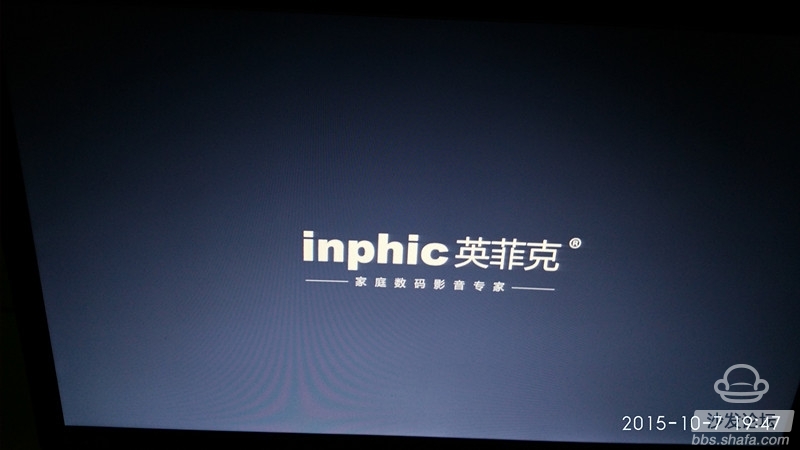 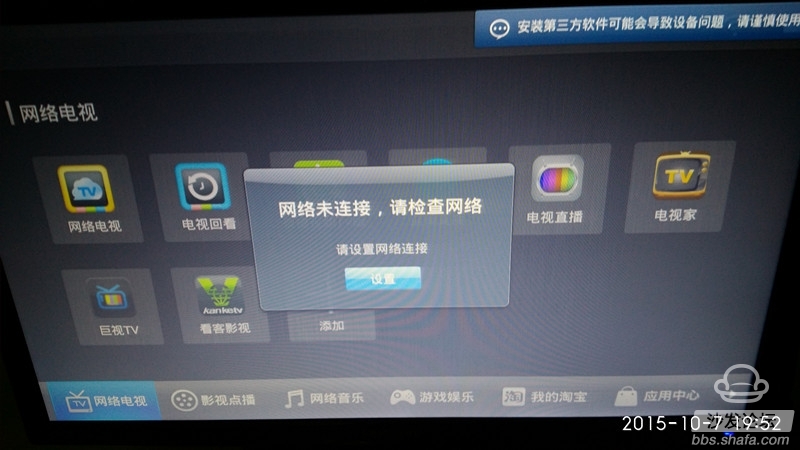 Plugged in the boot display Infinik logo, excited, ah, after booting,
Directly loaded into the sofa table, the system application into the vendor information to upgrade the latest version. 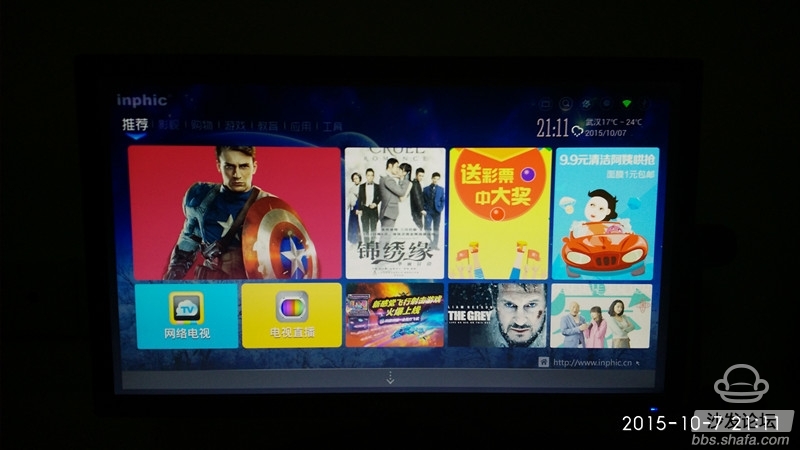 There has been a long absence of upgrading small TVs. . . . . .
Then prepare U disk, start brushing stone, but no success, directly into the recovery, and shows an error, enter recovery without worrying about,
At this time, you only need to brush the latest version according to my previous post card.
Remote control select apply update from ext
Update from udisk
Update.zip
When the screen appears install from udisk complete
Point reboot system now restart into the new system

Then it successfully upgraded to 2.14. (There are two points to note here. First, the u disk must be plugged away from the network cable interface, or u disk can not be found after selecting update from udisk; the second is to format the u disk or the brush package before the card brush and Recovery files are placed together in the root directory) 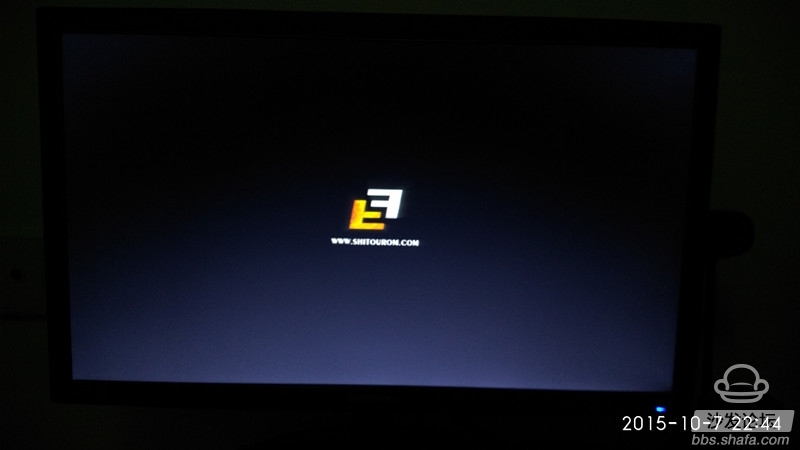 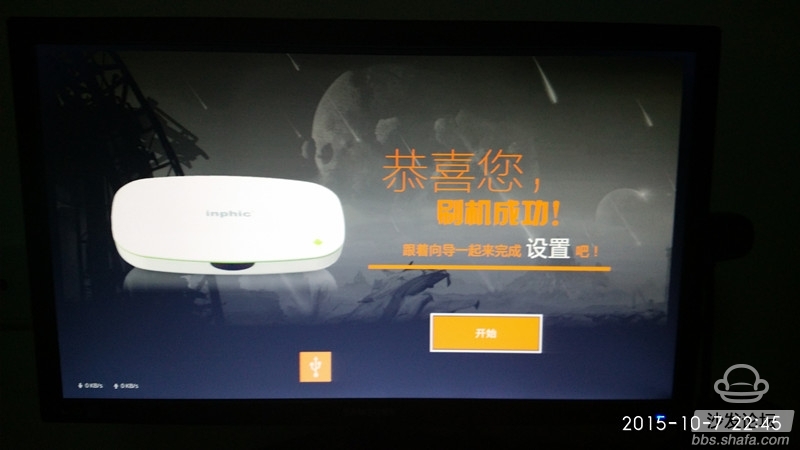 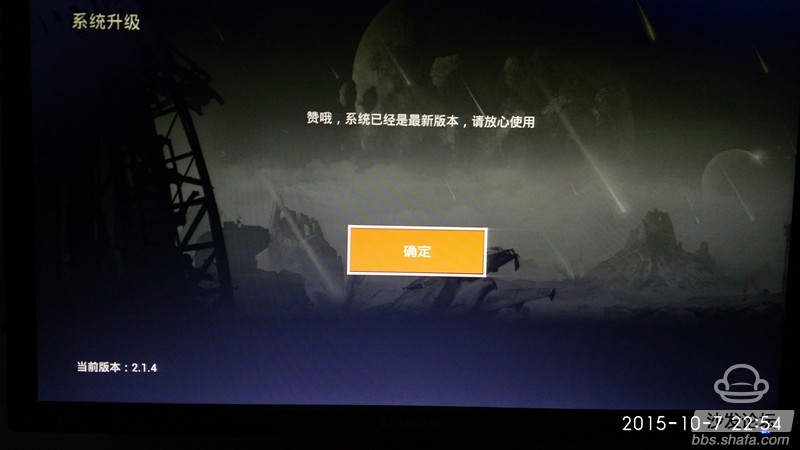 This post focuses on measuring the effectiveness of the @Dragon 100 million line brush post, as well as the feasibility of the line brush verification and its precautions, the key is to remove all USB devices can solve 69% of the BUG card, here is the proposed computer phone All are equipped with a variety of remote control, with a remote control to operate the computer brush machine. This post has done a supplementary tutorial on brushing the stone system after brushing the original system of Infinico, which perfectly solved the failure of the brushing process after brushing. The Infik I6 dual-core has had the line brush and the card brush since then, from this day is not afraid to fear, and playing the stone is even more cool. In the end, I would like to thank the moderator @ Stone @ Aimee for contacting me on the first time, helping me analyze and solve problems, as well as the stone engineer. I am patient in answering this case, thanks to the stone engineers and friends. Friends reminded me that I finally solved all the problems and succeeded from 2.04 to 2.14. Finally I wish the stone is getting better and better!


Featured by its wide flat surface with top bend, T16 generates lighting with astonishing uniformity, covers all the colors we offer and all functions. All types of IP68 mold injection connectors and DIY connectors are also available for this size. This size can be widely designed for faÃ§ade lighting, pool lighting, architecture lighting design and etc.