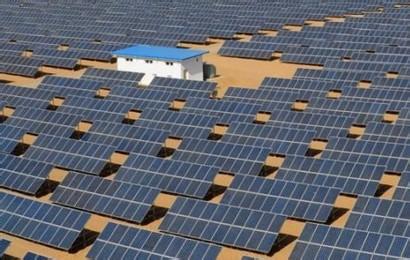 The policies have been favorable for many years. The global, especially the domestic photovoltaic industry, has seen explosive growth, which has caused the market to be in a state of disorderly competition. The oversupply of photovoltaic products and the fierce competition in low-price markets has also caused PV companies to fall into operational difficulties.

Since the beginning of this year, China's photovoltaic industry has witnessed a frequent warming of the industrial policy, and it has been steadily increasing guidance and support for market rectification.

Following the State Council's June and July launch of the â€œNational Six-point Photovoltaicâ€ and promotion of industrial health development, a number of domestic photovoltaic policies have been introduced intensively.

Cinda Securities researcher believes that continued policy support will enable the photovoltaic market to be sustainable in the short-to-medium term. It is recommended that investors continue to pay attention to investment opportunities brought about by policy promotion and industry improvement.

Whether sustainability can be achieved depends on the multiple benefits of the company at the policy level. Many photovoltaic-related companies such as Sungrow Power, Aerospace, Manchukuo, TBEA, Zhongli Technology, Dongfang Risheng, Hairun Photovoltaic and Zhonghuan have access to a wide range of institutions. It is optimistic that stocks are highly rated, buy, and other positive ratings.

According to the results of the first three quarters of the solar photovoltaic power generation company, which is the leading manufacturer of photovoltaic equipment, its net profit attributable to shareholders of listed companies was 105 million to 118 million yuan, an increase of 70% to 90% year-on-year. Fund interest income and government subsidies amounted to about 42 million yuan, accounting for nearly half of its net profit.

What is gratifying is that recently the government's frequent introduction of photovoltaic policies is not limited to providing support for photovoltaic companies. Instead, it proposes market-based competition for the survival of the fittest and provides detailed regulations on market access, market regulations and subsidies.

What is certain is that the management documents of the relevant government departments to promote the transformation and upgrading of the photovoltaic industry have been successively introduced. The wave of mergers and acquisitions in the photovoltaic industry will also be imperative. It is also necessary to see whether photovoltaic companies, including listed companies, can maintain sustained growth in their performance over the long term. The company's own innovation and development capabilities.